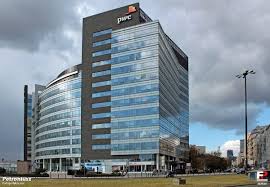 Carr’s, an agricultural and engineering group, has approved in its board meeting to replace PwC as its auditor by KPMG for the year ending August 31, 2019 and in the process bringing to an end its 109 years audit relationship with PwC.

The appointment of KPMG as the auditors of the group Carr’s shall be approved in the group’s annual general meeting to be held in January 2019.

In this respect an official statement has been released by the group stating that the group has undertaken a competitive tendering process this year in accordance with the market practices and on the recommendation by the audit committee the board has decided to appoint KPMG as group auditor for the period ending August 31, 2019.

The board also said that they appreciate and thank PwC for providing diligent services throughout its tenure to the company. We are looking forward towards sharing a good working experience with KPMG.

The audit committee invited tenders for its audit work except from PwC due to the length of its tenure as an auditor of the group and recommended the board to appoint KPMG as its auditors for the next financial year.

PwC will conduct its final audit of the financial statements of the group for the year ending 31 August 2018. PwC has charged £196,000 as audit fee and £10,000 in respect of non-assurance services for the year 2017 as reported in the annual report.