FRC to Open Investigation against Deloitte over SIG Audit 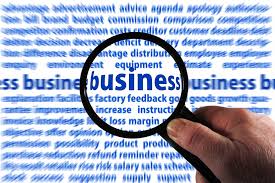 The Financial Reporting Council (FRC) has recently launched an investigation into the external audit of SIG plc performed by Deloitte for the years ended December 31, 2015 and December 31, 2016. SIG plc is a UK based company that mainly supplies building materials to the European market, the investigation was launched after it was revealed that company’s profits for the year 2016 were overstated by approximately £3.7m

The investigation will look into the entity’s financial statements issued for the financial years 2015 and 2016 and the focus will be on audit of supplier rebates and cash balances.

The news of investigation came after the company admitted in February that it had overstated its profits for the financial year 2016. This admission from the company came after allegations of accounting irregularities came the company’s way in the form of a whistleblowing act.

A forensic accounting review of the financial statements issued for the financial years 2015 and 2016 found that a number of balances relating to supplier rebates and potential recoveries from suppliers as at December 31, 2016 were overstated by the company to show favorable results.

The accounting irregularity caused SIG’s profits for the financial year 2016 to be overstated by approximately £3.7m. An overstatement of £2.5m in the first half of the year 2017 was also identified in addition to another overstatement identified of £0.4m.

In May of this year, shareholders of the company took a bold step of voting to remove Deloitte from their position as the company’s external auditors.

Deloitte became auditor of the entire SIG group after they won the tender conducted by the company way back in the year 2005. The big four firm was paid a sum of £1.6m in audit fees for the audit of financial year 2017 as per the entity’s 2017 annual report.

The investigation will be carried out as per the rules mentioned in the AEP and the FRC has also involved ICAEW into the investigation by delegating the professional body with investigation work. ICAEW is a Recognised Supervisory Body (RSB) of the big four firm Deloitte.

After the investigation gets completed, the FRC will take the decision regarding whether any enforcement actions should be taken against the big four firm depending on the outcome of the investigation.