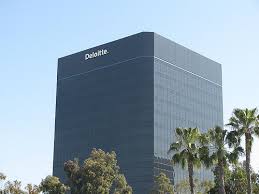 FTSE 100 firm Kingfisher has retained Deloitte as its auditor for the financial period ending January 31, 2019. The decision of appointing Deloitte as auditor has been taken following a formal tender process.

The Kingfisher board has announced that it has approved the re-appointment of Deloitte as company auditor for the fiscal year ending January 31, 2019. The said subject matter will be up for approval from shareholders at the company’s 2019 annual general meeting.

The company has released a statement in which the board thanked Deloitte LLP as well as all the other firms that participated in the tender process.

Kingfisher, whose brands include Screwfix and B&Q in the UK, and Brico Depot and Castorama in Europe, originally appointed Deloitte as group auditor in 2009/10. According to the company’s 2017 annual report, the big four firm was paid £1.7m as audit fees while fees paid for non-audit services amounted to £400,000. In total the firm received £2.1m from the company last year.