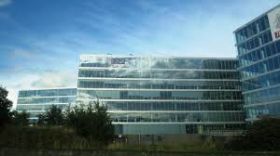 JKX Oil & Gas, a British-based exploration and production company, listed on the London Stock Exchange, is set to replace BDO with PwC as its External auditor.

PwC was first named as the company’s auditor in the year 2006 and was then re-appointed by the exploration firm in 2011 following a formal and competitive tender process.

The company has thanked the big four firm for the work it has performed being their external auditor. The audit committee has said that the decision of proposing BDO as PwC’s potential successors was taken after conducting a competitive audit tender process.