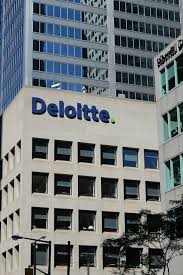 PwC has been replaced by Deloitte as Lloyds banking group’s new external auditor for the fiscal year ending December 31, 2021. The said decision resulted in ending of a 153-year relationship between the Lloyds banking group and the big four firm PwC.

The bank announced that the decision of replacing PwC with another big four firm Deloitte has been taken in light of a formal audit review process which was supervised by the group’s audit committee. The board has given approval to the proposed appointment of the big four firm Deloitte as the group’s new external auditor for the financial year ending December 31, 2021.

Deloitte’s appointment as the group’s next external auditor is subject to approval from the shareholders at the group’s annual general meeting that will be held in the year 2021.

PwC will continue in its position as Lloyds banking group’s external auditor until the fiscal year ending December 31, 2020, subject to reappointment by the group’s shareholders at the respective annual general meetings, and on completion of the audit of the financial year ending December 31, 2020 the firm will step down from its position as the group’s auditor.

The banking group has said that a formal takeover process will be undertaken to ensure that the transition process between PwC and Deloitte is smooth and effective.