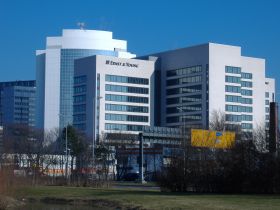 ICG had previously said that it must appoint a new external auditor for the financial year ending March 31, 2021 as to show compliance with the rules and regulations related with rotation of auditors applicable in UK and the EU.

The decision of appointing EY has been taken after the company conducted a competitive tender process which was led by the company’s audit committee. The company has announced that it intends to propose appointment of EY as its new external auditor to the shareholders at the company’s AGM that is to be held in July 2020.

As per the company’s 2018 annual accounts, Deloitte was paid £1m against audit services and £100,000 for non-audit fees in its capacity as external auditor with remaining £300,000 coming from non-audit assignments.

Representative of EY has said that the firm is excited with the prospect of including ICG amongst its financial services audit clients.

He further said that the firm recognizes that appointing right auditor is an extremely important decision for ICG and we are glad that we have been selected by the group among all the firms that were part of the tendering process.