Vodafone Replaces PwC with EY as its New External Auditor 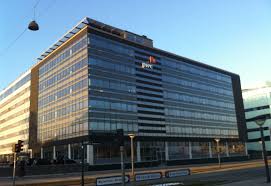 Vodafone Group has decided to replace PwC with EY as its auditor for the financial year ending March 31, 2020. The decision of appointing EY as the group’s new external auditor has been taken in light of the results of a competitive tender process led by the company’s audit committee. PwC took the audit of the Vodafone group in the year 2014 from Deloitte, who had been group’s external for the past 26 years.

Last year, the telecom group released a statement in which it was indicated that the group was looking for an auditor as an alternative to the PwC on account of its involvement with the collapsed Phones4U as their administrators. Some creditors have taken legal action against a number of telecom companies which also includes Vodafone over claims that their actions of cancelling contracts with retailer Phones4U contributed towards its failure. Creditors are claiming significant amount of money as compensation in light of the scenario mentioned above.

Vodafone clearly stated in its 2018 annual report that during the 2017 fiscal year, the company was notified by PwC that a number of their partners were acting as administrators of a company that was considering taking leading action against the telecom group.

To ensure audit objectivity and independence, PwC implemented a number of procedures and safeguards including making sure that both the audit teams and administrators were physically separate and had no connection and interactions with each other. All the safeguards implemented were monitored by PwC’s Compliance department and were judged to be functional as well as effective.

In a December update, the telecom company said that PwC were judged to be objective and independent and will continue in their role as the group’s external auditor for the fiscal year ending March 31, 2019 but there is uncertainty regarding the direction in which the case may go and whether developments in future may impact on audit objectivity and independence.

In light of the said scenario, the audit and risk committee of the telecom company launched a competitive tender process for the external audit for the financial year ending March 31, 2020.

The company has made the decision of appointing EY as its new external auditor for the financial year ending March 31, 2020. The appointment of EY as the group’s new auditor will be subject to shareholders approval at the group’s next AGM.

According to the group’s annual report, PwC and other related firms received €21m from the Group against audit services in the year 2018. PwC also received €5m against non-audit assignments.
Share:
Source: ReadyRatios
Add New Comment