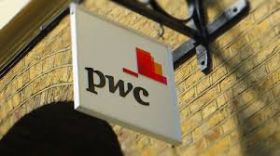 PwC has made payment of £253m ($335m) to settle claims relating to professional negligence in the firm’s audit of the Colonial Bank. The claims of negligence have been brought to attention by the Federal Deposit Insurance Corporation (FDIC). The said bank collapsed in the year 2009 which estimated loss of around $3bn to the deposit insurance fund.

At the time when it collapsed, Colonial Bank was one of the largest banks in USA with assets having worth of around $26bn and 340 branches. Its collapse revealed a complex fraud of billions relating to mortgages that never existed and this fraud also involved broker Taylor, Bean & Whitaker (TBW), which was one of the bank’s biggest clients.

Several senior executives at the bank as well as the mortgage company were found guilty with regards to the said fraud, which happened between 2002 and 2009, and subsequently were convicted to serve jail sentences.

The FDIC’s case alleged the big four firm to be professionally negligent, as they felt that the firm would have tracked the roots of this fraud sooner if they acted diligently and with professional due care. The outcome of the legal proceedings in Alabama court went in favor of the FDIC. A second court went further to award damages to the agency in July 2018.

The FDIC also settled claims of professional negligence against Crowe Horwath against $60m resulting due to internal audits of Colonial Bank carried out by the firm.