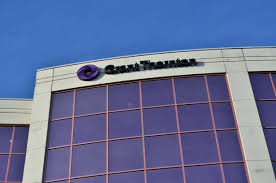 Mothercare, a British retailer which specializes in products for mothers and children up to 8 years old, has selected Grant Thornton to replace Deloitte as its new external auditor with effect from March 28, 2020.

The decision of appointing Grant Thornton was made after a competitive tender process was conducted by the entity. The appointment of the audit firm is subject shareholders’ approval at the company’s next annual general meeting which will be held in July 2019.

Deloitte is expected to resign from the its position of Mothercare’s auditor following the completion of the audit for the financial year ending March 30, 2019.  The big four firm, which has been external auditor to the company since past 17 years, did not participated in the tender process because of the rules regarding compulsory rotation of external auditors.

Mothercare has experienced difficult time in recent years and now it is currently busy in executing a strategic plan to save at least £19m annually. The retailer has closed number of its UK retail shops and also reported like-for-like sales decline of 11.4% during the first three months of this year, while international sales were down 3,2% in actual currency and 1.1% in constant currency.