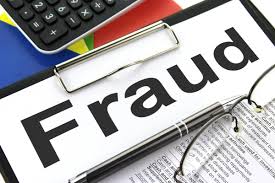 Indianapolis-based Celadon Group has been charged with a 20m accounting fraud by the Securities and Exchange Commission (SEC). The US regulator has alleged that US truckload company avoided disclosing significant losses in addition to misrepresenting its financial position, by entering into sham agreements with third parties.

The SEC has claimed that company failed in recognizing impairment charges and losses of at least $20m by buying and selling used trucks at comparatively high prices from third parties during the period between mid - 2016 and April 2017.

According to the alleged charges, the company overstated its pre-tax and net income as well as its earnings per share in its annual report for the financial period ending 30 June 2016, and in subsequent public filings for the first two financial quarters of 2017.

Director of the SEC’s Chicago regional office, Joel Levin, said that we allege that Celadon was involved in a scheme to hide losses of around $20m from its stakeholders, and lied to its external auditors to prevent them from knowing anything about the scheme.

The company admitted to the charges of fraud, together with internal control violations related with reporting and records. The company also agreed to pay $7m in restitution. The aforementioned settlement is subject to approval from the court.