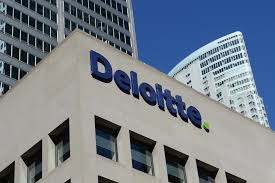 The big four firm Deloitte resigned from its position as external auditor of Swiss-based mining and commodity trading group Ferrexpo citing concerns with regards to possible discrepancies in group’s bank statements relating to donations made to charity organizations. The company is taking time in making decisions regarding setting up an investigation into the aforementioned matter.

Deloitte recently gave a qualified opinion on the mining company’s annual financial statements over possible misappropriation of funds relating to Ferrexpo’s CSR scheme donated to a Ukraine based charity organization with the name of Blooming Land. Ukraine is considered to be one of the mining group’s key markets.

On April 26, 2019, Deloitte resigned from its position as external auditor to Ferrexpo.

Deloitte told the management of the mining company that if the aforementioned documents were not provided to the audit team by the charity organization by the end of the month of October 2018 then the big four firm expects Ferrexpo to carry out an independent investigation/ review into the above highlighted matter.

Neither the bank statements were provided nor independent investigation was carried out at the company with regards to the discrepancies discovered in donations made to Blooming Land within the big four firm’s timeframe. The letter also stated that there was acceptance from the company that an independent investigation would be carried out but the said idea was rejected at a board meeting held in the month of January 2019.

The letter further stated that Deloitte repeated the request to carry an independent investigation on a number of occasions thereafter and as a result the big four firm stated on January 31, 2019 that if the investigation is not to be carried out then it would be forced to consider its future as the company’s external auditor.

Ferrexpo announced in February 2019 that it would make arrangements for a comprehensive review. On April 23, 2019, the annual financial statements of the company were published for the financial year ended December 31, 2018 before any independent review/ investigation was completed.

According to Deloitte, the audit team was not able to obtain sufficient appropriate audit evidence from the company’s management regarding above mentioned key audit issues/ matters.

Deloitte do acknowledge that the mining company is carrying a review (which is yet to be completed) and the big four welcomes this decision taken by the company but in the circumstances Deloitte considers that response from the company to the situation together with the delay in execution of an independent investigation, with the repercussions mentioned above, are not compatible with our continuing in the position of external auditor to the company beyond the financial year ended December 31, 2018.