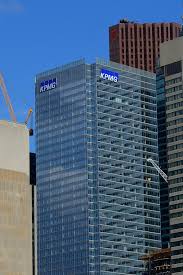 The UK watchdog Financial Reporting Council (FRC) initially required KPMG to pay £5m as fine as well as to comply with additional requirements on its audits of credit institutions for at least next 3 years, for a series of failings in its audit of the Co-op Bank a decade ago.

The UK regulator has reduced the amount of fine which KPMG was initially required to pay to £4m because of the big four firm’s co-operation. This is the second fine which has been imposed on KPMG in just over a week.

The investigation conducted by FRC stemmed from the big four firm’s audit of the Co-operative bank’s financial statements for the financial year ended December 31, 2009, which was also criticized heavily in a review conducted by the government of the Co-op bank’s near collapse in the year 2013.
In addition to the fine imposed by the regulator, KPMG will also be required to pay £500,000 towards the FRC’s legal costs.

All KPMG’s audits of credit institutions in the next three years will be subject to a review by a separate KPMG audit team, who will report its findings to the independent regulator FRC.

The FRC has said that these reviews would be more focused on two specific areas: whether assessment of potential risks were given appropriate consideration and implications of management bias in determining accounting estimates; and audit work performed in connection with loss loan provisioning.

Andrew Walker, Audit partner at KPMG has been handed a fine of £125,000 in addition to being hugely reprimanded. However, Walker’s fine has now been reduced to £100,000 as part of the settlement deal between the regulator and the audit firm.

The bank’s acquisition of Britannia Building Society in 2009 nearly resulted in the collapse of the bank.

The penalty is related with the belated discovery of £1.5bn ‘black hole’ after the bank acquired Britannia Building Society in 2009. The said ‘black hole’ which came due to huge losses on property as well as bad loans acquired by the during the takeover.

The FRC said that audit of Britannia’s loan book together with a number of securities fell below the standards expected from an audit conducted by a big four firm like KPMG. Both KPMG and Walker admitted that specific elements of the bank’s audit for the year 2009 did not meet the appropriate standards. The first issue identified by FRC investigation in connection with the aforementioned audit relates with appropriateness of the fair value adjustments (FVAs) relating to loans acquired from Britannia, while the second issue was related with the audit of FVAs and liabilities resulting from a number of loan notes, which were taken over by the bank as part of the acquisition of Britannia.

The above-mentioned misconduct in the said two areas included audit failure to obtain audit evidence which was sufficient as well as appropriate and failure to apply sufficient professional skepticism.

A KPMG representative said that we note announcement made by the FRC with regards to the audit of the Co-operative Bank by us for the financial year ended December 31, 2009. We extremely regret that some elements of our audit work performed in connection with Bank’s FVAs were not up to the required standard.

The UK regulator has also considered the conduct of Barry Tootell, the bank’s chief financial officer.  Tootell was found guilty of misconduct and as a result was excluded from ICAEW membership for 6 years.