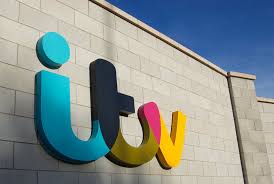 FTSE 100 firm ITV has replaced KPMG with PwC as its external auditor for the financial year ending December 31, 2021.

The decision of appointing PwC as ITV’s new auditor has been taken after the media group’s audit and risk committee carried out a formal tender process. The company’s existing auditor KPMG did not participated in the tender process as the big four firm had been auditor of the media giant since December 2003.

The board of ITV has given green light to the proposed appointment of PwC as its new auditor for the fiscal year ending December 31, 2021. The last formal competitive tender process conducted by the FTSE 100 firm’s management took place in the year 2012 when ITV renewed the tenure of the big four firm KPMG.

Further explanation regarding the tender process will be given through a disclosure in ITV's 2019 Annual Report that will be released in the first quarter of 2020.

The appointment of PwC is yet to be approved by the ITV’s shareholders at the company’s annual general meeting that will be held in 2021.