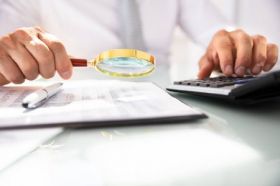 The Big Four firm KPMG was first appointed by the logistics firm when it became listed on the stock exchange in March 2001.

The firm in its 2019 annual report stated that a formal audit tender was conducted in the year 2016 which recommended KPMG to be reappointed as the group’s auditor.

The big four firm KPMG had been the external auditor to the group since it was listed in the year 2001.

BDO has now been appointed by the logistics firm to replace KPMG as its new external auditor for the fiscal year ending March 31, 2021.

KPMG will continue in its role of external auditor and will audit Wincanton’s financial statements for the fiscal year ending March 31, 2020.

The company would like to thank the big four firm KPMG for their services as Wincanton’s auditor.

Subject to approval from the shareholders at the 2020 AGM, we are looking forward towards working with BDO in the future.