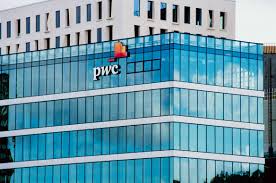 PwC has recently announced that it will not be able to accept its proposed appointment as external auditor to the Russian gold mining company Petropavlovsk, citing governance issues.

The big four firm was selected by the Russian company as its external auditor following a formal tender process, and was due to conduct audit for the financial year ending  December 31, 2020.

However, the gold mining company has now released a statement in which it said that PwC had said that it will not be able to accept its proposed appointment as the external auditors of the company and awaited the outcome of a general meeting to assess its position.

Following the general meeting which was held last week, the Russian company received a letter from PwC which confirmed that the big four firm does not intend to accept its appointment as the company’s auditors.

The company’s statement said that PwC has refused to enter into any type of engagement with the board with regards to the reasons behind its resignation.

However, in its resignation letter, PwC cited the reasons for its refusal to accept the proposed appointment as the recent changes in the composition of the board of directors, and concerns regarding the environment for governance and the lack of clarity over the future direction of the group.

The company, which has seen a steep rise in its share price and that too on the back of an increase in gold prices, has been riven by disagreement between its major shareholders.

The company has said that the board has started work on identifying a new external auditor. Any further announcement in this regard will be made in due course.

An update regarding publication of the Russian company’s interim financials will also be provided in the near future. The company’s previous external auditor, Deloitte, had been in the said role since the year 2009. The big four firm opted against seeking reappointment mainly due to the length of its tenure as the company’s auditors and also because of concerns over the gold mining company’s internal systems and controls for financial reporting as per a shareholder circular.

As per the 2019 annual report, Deloitte received £1.1m against audit services for the year, plus an additional £562,000 for non-audit services.
Share:
Source: ReadyRatios
Add New Comment