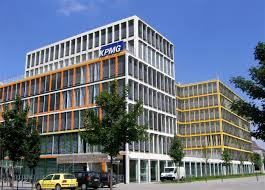 The Big Four Firm Deloitte has resigned from its position of external auditor to EG Group, the company set up by the Issa brothers who recently purchased Asda Stores Limited, and is to be replaced by another Big Four Firm KPMG.

EG Group is a British retailer that operates petrol stations in the United Kingdom (UK), United States (US), Europe and Australia. It was founded by Zuber Issa and Mohsin Issa, who were both awarded a CBE for their services to charity and business, last year.

The business of petrol station chains has been significantly growing and, separately, the Issa brothers paid around £6.8bn to acquire Asda Stores Limited from the American retail giant Walmart.

The company recently told its bondholders that it has appointed KPMG as its new external auditor after the Big Four Firm Deloitte resigned from its position of external auditor to the group with ‘immediate effect’, as per the Financial Times.

Deloitte had been auditors of the group for four years, and the group’s 2019 annual report, which was published in July 2019, mentioned nothing about plans regarding putting the external audit for tender. Instead, it stated that Deloitte would continue in its role of external auditor to the EG Group.

EG Group released a statement in which it said that Deloitte issued a clean audit report on the British retailer’s 2019 financials, and there have been no issues or disagreements on any accounting or auditing matters.

It further said that the Group is pleased to be working with a reputable firm like KPMG, and we are committed towards making progress with respect to our internal controls processes and governance.

Last year, the Group reported revenue which was in excess of €20bn.  The fee which Deloitte received from the EG Group against audit services were €5.4m (2018: €1.9m). Deloitte also received €1.3m against providing non-audit services to the EG Group.