Rentokil Replaces KPMG with PwC as its Auditor 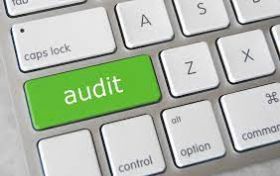 Listed pest control company Rentokil has dropped the Big Four Firm KPMG as its auditors only after four years since the last audit tender. KPMG had been Rentokil’s auditor since 2009, and the audit firm was reappointed in 2017 after a formal tender process was conducted. The pest control company paid £3.2m for audit for 2020 financial year, up 23% (£2.6m) from the previous financial year.

The pest control company has now appointed PwC as its new statutory auditor. PwC will perform the listed company’s audit for the ongoing 2021 financial year.

Rentokil confirmed that it last reviewed the performance of its external auditor in February of this year.

The Chair of the audit committee, Julie Southern has said that while KPMG performed its duties and responsibilities to a satisfactory level and no material issues and errors have been identified in the work they have done as Rentokil’s auditors, certain planned changes in the audit process such as “use of technology” was not delivered and the need was felt to review and assess the choice of firm for the audit role, and to again conduct a formal and competitive tender process.

Julie Southern Further said that after a competitive tender process was conducted, the audit committee recommended the appointment of PwC as the group’s new statutory auditor for the 2021 financial year which the board gave approval to. PwC have shadowed the audit for the 2020 fiscal year to ensure a smooth handover from the Fellow Big Four Firm KPMG.

The appointment of PwC as the group’s new external auditor was voted through at the company’s annual general meeting (AGM) which was held in May 2021.

KPMG had been the company’s auditor for more than decade, and when it was appointed it said that it would conduct a new style audit which will include elements of both internal and external audit.