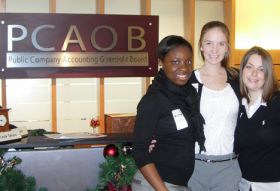 A supreme court decision which could decide the constitutionality of the US audit regulator and trigger wide-ranging audit reform, is due to be handed down today.

A challenge to the constitutional underpinnings of the Public Company Accounting Oversight Board (PCAOB) will be decided today by America’s highest court, which, if successful, could lead to the landmark Sarbanes Oxley Act being overturned.

The technical case questions whether the PCAOB should exist under the US separation of powers principle because its board members are not appointed by the president.

If court rules against the board, some fear it will offer the US congress a chance to revisit Sarbanes Oxley. It’s understood the PCAOB has contingency plans in place which may see auditors regulated within a branch of the US regulator, the Securities and Exchanges Commission, if the case goes against the PCAOB.