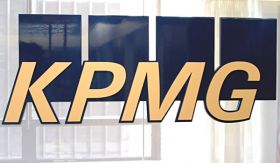 Insurance executives are more intently considering merger and acquisition (M&A) strategies to confront growth challenges generated by pricing pressures and regulatory reform, according to a recent survey by KPMG LLP, the audit, tax, and advisory firm

When asked to identify the most significant barriers to growth over the next year, executives most frequently cited pricing pressures (59 percent) and regulatory and legislative pressures (41 percent). In addition, 76 percent said they are concerned about the impact external factors, such as regulatory changes and the economy, will have on their companies’ future.

“The tough pricing and regulatory environment has insurers scrambling to determine the way forward, recognizing that maintaining the status quo isn’t an option,” said Laura Hay, national leader of KPMG LLP’s insurance practice. “What we’ll see are firms focusing on their core strengths, divesting of certain assets or markets that don’t fit those strengths and more aggressive M&A strategies.”

Nearly two-thirds (63 percent) of insurance executives say their companies will be involved in a merger or acquisition as a buyer or seller in the next two years – including 54 percent who say they’ll be buyers. In addition, 70 percent of insurance executives indicate that their companies have significant cash on their balance sheets, with 30 percent saying the highest-priority use for that capital will be a strategic acquisition for their company, followed by 20 percent who say they will invest in technology.

Hay added “With organic growth hard to come by, these executives have stockpiled available capital and two-thirds of them tell us they are already putting it to work or plan to do so by the first quarter of 2012.”

The key driver of increased M&A activity, according to 47 percent of the executives, is access to new markets, followed by regulatory changes and pressures (38 percent) and product synergies (33 percent).

When asked to identify the single initiative that company management will be spending its time and energy on in the next two years, 20 percent of executives in the KPMG survey cited “investing in organic growth”, followed by “cost reduction initiatives” at 15 percent, and “navigating changes in the regulatory environment” at 12 percent. The respondents said increased federal oversight will have the biggest impact on their business, followed by convergence of insurance contract standards, accounting valuation and disclosure, and shifting capital requirements.

“Regulatory reform is clearly at the top of the insurance agenda,” said David Sherwood, head of KPMG’s U.S. insurance regulatory group. “It is undoubtedly having a significant impact on the strategic decisions insurers are making, how they manage capital and their enterprise risk management processes. Increased federal oversight is a reality and a significant challenge for those insurers impacted.”

Despite the concerns over pricing and regulation, the majority of insurance executives expect the economy, revenue, and employment to improve next year. Fifty-seven percent expect better economic conditions and 44 percent say they plan to add personnel. In addition, 50 percent said their company’s current revenue is higher than last year and 70 percent anticipate that their revenue will be higher one year from now.

Hay added “The execs paint a picture of continuing health in the short term, in terms of revenue and investment, but do not see a significant rebound in the national economy anytime soon.”

“Insurance leaders see things moving in the right direction with a cautious optimism, but they understand how the general economy impacts their business and they have their work cut out for them in terms of developing sustainable and profitable growth,” added Hay.

The KPMG survey was conducted in June 2011 and reflects the responses of 100 senior executives in the insurance industry. Based on revenue in the most recent fiscal year, 40 percent of respondents work for institutions with annual revenues exceeding $10 billion, 40 percent with annual revenues in the $1 billion to $10 billion range, and 20 percent with revenues in the $100 million to $1 billion range.