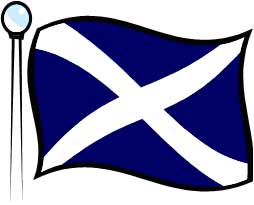 The report said councils had to plan well to ensure staff with the best skills were not lost.

In addition it found the scale of necessary reductions was in line with previous worst-case scenarios.

Two years ago, Audit Scotland highlighted analysis by the Centre for Public Policy for Regions (CPPR) looking at three possible budget scenarios, ranging fr om a 5% real-term reduction at best, to an 11% reduction at worst.

The new report states: "It is now clear that the scale of the budget reductions facing Scotland over the next few years is close to the CPPR's worst case scenario."

Public bodies are facing increasing pressures and demands, such as Scotland's ageing population, the effects of the recent recession and the public sector's maintenance backlog.

Pay restraint and reducing workforces are the most common approaches being taken by public bodies to reduce costs over the next few years.

Robert Black, Auditor General for Scotland, said: "The public sector needs to reduce costs but there is also an opportunity to reform the way public services are delivered.

"Public bodies should overhaul the way they plan by looking at long-term sustainability, setting clear priorities and intended outcomes, and then setting their budgets based on these."

"The likelihood is that, unless changes are made to areas such as eligibility criteria, demand for these services will increase the costs," it stated.

The report also suggested that budget pressures created by demand for free student tuition could be controlled without a change in policy, such as the introduction of fees, by lim iting the number of spaces in colleges and universities.

Public sector pay costs will continue to rise - despite the public-sector pay freeze - unless staff numbers are reduced, according to the report.

The report also suggested that some so-called "efficiency savings" already carried out have actually been service cuts.

It suggested that further efficiency savings may not be possible without wholesale reform.

While the Scottish Government has imposed a no-compulsory redundancy policy in central government and the NHS, and is trying to compel other public bodies and local authorities to do likewise, Audit Scotland suggests that "workforce reductions are likely to be a significant source of savings" in the coming years.

Dr Brian Keighley, chairman of the BMA (British Medical Association) in Scotland, said: "It would be naive to expect that this will not have an impact on patient care and access to healthcare services."

Liberal Democrat leader Willie Rennie added: "Failure to address the challenges of an ageing population and the necessity of providing services on a tight budget means that there will be vulnerable people who will suffer because of the SNP's spineless behaviour."

Finance Secretary John Swinney said: "This Audit Scotland report is a useful reminder of the extremely challenging period ahead for whole of the public sector in light of Westminster cuts.

"It is imperative that every public body gets maximum value and delivers efficient and effective public services in constrained financial circumstances."