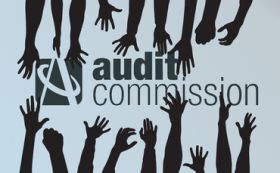 According to chief executive Eugene Sullivan, the process by which more than £180m of public sector audit work will be up for grabs, following the scrapping of the Audit Commission, should be more competitive.

Speaking to Public Finance, Sullivan said only time would tell if new entrants would come forward in the formal bidding, but interest levels were "high" and the right environment for competition had been created.

The 70% of local audits currently undertaken by the commission will be made available in three- or five-year contracts.