US Demands Client Info from Switzerland 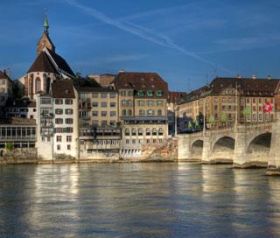 US authorities are ramping up the pressure on Switzerland over alleged tax evasion by American citizens, pushing the country's banks to hand over key account information.

According to the Sonntagszeitung newspaper, US deputy attorney general James Cole has written to the Swiss government demanding information from ten banks including Credit Suisse.

Washington is understood to be seeking information on US citizens with $50,000 or more in Swiss bank accounts between 2002 and 2010.

The case is a major test of the country's much vaunted banking secrecy and comes just weeks after deals were reached between Switzerland and Britain and Germany which effectively allow the country to retain client privacy in respect of UK and German citizens.

Last year, Congress passed a Foreign Account Tax Compliance Act to force firms such as UBS and Credit Suisse to report American clients to the US Internal Revenue Service.

As a result, UBS, Switzerland's other major international bank, was forced to reveal the details of nearly 5,000 clients amid a threat of criminal prosecution. The latest move by Cole marks a continuation of the US approach.

Under the bilateral treaty, which enters into force from 2013, Swiss authorities will implement a back-tax on accounts set at between 19 and 34 per cent on clients' hidden assets.

Clients will also face a yearly anonymous withholding tax of between 27 and 48 per cent. Swiss banks will meanwhile make a £384m (Sfr500m/€440m/$634m) upfront payment to be offset by client repayments, and will be given the green light to operate in Britain. In total, the agreement is expected to net the UK up to £5bn (Sfr7bn/€6bn/$8bn).

The Swiss Bankers Association hailed the agreement as a "milestone", but critics claimed that it represents a poor deal in the fight against tax evasion and may have handed Swiss banks a competitive advantage over those in the UK.

Tom Aston, tax partner at auditors KPMG, told Global Financial Strategy that compared to the US law, which also comes into force in 2013, the UK-Swiss deal represented a good deal for Britain.