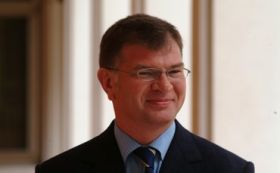 KPMG ADMINISTRATORS to Bridge Business Recovery (BBR) said a pre-packaged administration could have achieved the "optimum" return to creditors.

Colin Haig (pictured) and Samantha Bewick were appointed joint-administrators to BBR on 1 July following a failed attempt at a pre-pack. Since becoming administrators the pair have revealed they found "significant irregularities" at the firm.

In a meeting today (Tuesday) Haig, the lead administrator, said: "Essentially we are of the view the pre-pack would have achieved optimum value".

However, later in the meeting Haig added that the administration might have brought about the same return to creditors as a pre-pack.

A pre-pack is where the sale of a business is arranged prior to it entering administration and is sold immediately after entering into the process.

Currently unsecured creditors, including the taxman who is owed about £1.3m, are likely to receive less than 20p for every pound owed.

No details were given on what the pre-pack return to creditors could have achieved.

Haig said a controversial pre pack process had the backing of HMRC, the largest creditor, and the ICAEW when he applied for one at the High Court at the end of June.

At the time Bridge partners were lined up to buy the business as part of the pre pack. However, the High Court judge declined to sanction the deal.

Haig explained the administrators did not have enough time to market the company prior to it entering administration. For this reason, he and Bewick sought the backing of the largest creditor and the ICAEW, and wanted court approval before processing the sale.

The judge would not give his blessing unless it was marketed to other potential buyers first.

"Attempting a pre-pack without sanction from the court would have been likely to attract negative comment," said Haig.

However, he said the cost that would have been incurred from marketing the business and continuing to trade it would have outweighed the benefits of the pre-pack.

The administrators then took the decision to enter BBR into administration.

Bewick and David Standish, a KPMG insolvency practitioner, are due to take over as liquidators of BBR later this year.