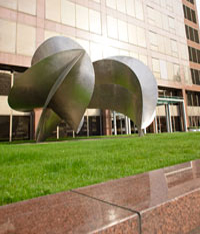 Ernst & Young is facing a possible disciplinary hearing as a result of an investigation by Irish regulators into its role as auditor to Anglo Irish Bank.

In 2009, Purcell was asked to look at E&Y's actions as auditor to the failed bank, which was found to have made undisclosed loans to its former chairman, Sean FitzPatrick, and other directors.

Purcell's investigation has found that E&Y has cases to answer in relation to the loans to FitzPatrick and his colleague Willie McAteer, and deposits of €7bn (£6bn) in Anglo Irish by Irish Life and Permanent, according to the Irish Times.

Purcell found that the firm had failed to 'detect the scale of Sean FitzPatrick’s loans and their systematic refinancing over year ends.' The loans totalled €120m (£104m) at one stage.

He said that E&Y also had a case to answer for a possible failure to refer to the transactions in September 2008 between Irish Life & Permanent and Anglo Irish in its audit report on the first set of Anglo Irish's 2008 financial statements.

Anglo Irish's original 2008 accounts were never published and had to be revised after details of the undisclosed loans emerged. The questions faced by E&Y relate only to the original accounts, not the published statements.

Purcell found that E&Y had no case to answer on four other points which he was asked to consider.

The findings mean E&Y could face a hearing before a three-person disciplinary panel of the institute, which will adjudicate on the cases.

In a statement, E&Y said it 'fundamentally disagrees' that there is a prima facie case to answer on three points under investigation and that the firm would 'vigorously defend' its work before a hearing of the disciplinary panel.

'This is a preliminary stage of the process and, for the avoidance of doubt, there has been no adverse finding made against Ernst & Young in respect of the audit of Anglo Irish Bank,' the statement said.