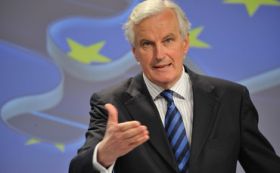 A draft of the European Commission's green paper on audit seen by Accountancy Age indicates a tough line is being pursued by internal markets commissioner Michel Barnier (pictured).

At its most radical, the paper could force firms to specialise in either audit or non-audit services by outlawing the provision of consultancy and advisory services even to non-audit clients.

This measure is likely to meet with the greatest objection, as it would threaten the business model upon which the vast majority of firms operate.

Mandatory firm rotation would boost the quality of audit, the paper suggests, shattering the "perverse pressure" on partners not to lose long-standing clients.

Current rules on the mandatory rotation of audit partners "do not address the threat of familiarity that results fr om the audited undertaking often appointing and re-appointing the same audit firm for decades," it added.

The measure is likely to raise hackles, with critics claiming it will lower quality and ramp up costs.

Using combative language, the commission said auditor independence is "neither assured nor demonstrable", and infrequent firm rotation has "deprived audit of its key ethos: professional scepticism".

The commission underlined the €4,589bn (£2,985bn) of European taxpayers' money committed to bail out banks during the credit crisis, saying "robust" audit is key to re-establishing trust and market confidence.

Comfortable relationships between auditor and client "clearly seem a refutation of the very essence of independence", it added.

Joint audit of large public-interest entities would also be made obligatory, affecting companies with a wide range of stakeholders because of their commercial activity, size, number of employees or corporate status.

The paper suggests this would "increase choice" and help combat the problem of "high concentration" at the top of the market.

It concludes: "Joint audits would contribute to higher audit quality through complementary and combined expertise, applying the four eyes principle at all stages of the audit and also increase capacity at the top end of the large PIE market."

Proposed lim its on the proportion of income allowable from any one client might affect firms' portfolios, while new transparency regulations would usher in disclosure of audit fees and audit quality certification.

One audit insider from a non-Big Four firm described the draft regulation as "forceful and far-reaching", welcoming Barnier's decision to "maintain a heavy line" on audit reform.

While the proposals are "expected", the real surprise is that everything Barnier originally consulted upon remains in this draft - thought to be very recent - with a "heavy hand" being adopted for the audit of public-interest entities.

Some expert observers are less impressed. One described the paper as a "concerted attack on the Big Four, lacking in evidential basis and mixing its messages".

Firms of "significant dimension" are in focus for the complete ban on non-audit services and this could disproportionately affect the Big Four, forcing them to split and potentially discouraging other firms from growing past a certain size.

"This will cause massive disruption in the audit market, just huge. You have to question whether Barnier is on a personal crusade," said the expert observer.

They accused the commission of confusing the issues highlighted by the financial crisis with those surrounding competition in the audit market, trying to tackle both yet chopping and changing between the two.

Listed companies outside the financial services sector may be unhappy at the tough regulation on the table, arguing the more stringent audit rules should apply to banks alone.

Barnier could also meet objections to the lack of consultation feedback in the paper, which the expert said provides little evidence to back up its assertions and gives no breakdown of responses.

"There is no evidence that these measures would have made any difference during the financial crisis, and no one has shown what auditors could have done differently at the time," the expert observer added.

The paper notes "well-established" stakeholders are "particularly opposed to changes" while investors and smaller firms are not. It says: "the consultation has shown an appetite for, as well as resistance to, change".

A final version of the green paper is expected next month.

Once published, the Council of Ministers (made up of member states) and the European Parliament may propose changes and send it back to the commission; it could make several circuits before this regulation, or a version, enters EU legislation.

Barnier's office was not able to comment before publication.