Audit Rotation and the Consultation Conundrum 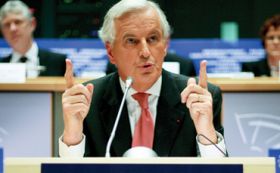 At the same time, US regulator the PCAOB is pondering the issue, recently releasing a concept note on audit firm rotation. Does this mean the two have a mutual goal of pushing it into law?

Barnier's paper went out for consultation last year, and some respondents tried to nix the mandatory rotation clause. Critics claim it will ramp up costs while undermining quality, and company directors bridled at the thought of losing sovereignty over audit.

Despite this, Barnier gives every appearance of clinging to mandatory rotation, perhaps in the belief that nay-sayers have a vested interest in the status quo.

At a speech to the Federation of European Accountants in June, he said: "We need to consider the benefits of making it obligatory to change auditing firms after a certain time period."

Acknowledging concerns that too-frequent changes would damage audit quality, he nevertheless insisted mandatory rotation could be the route to auditor independence.

By contrast, the PCAOB's foray into mandatory rotation might be nothing more than sounding out. The idea is one of several released for consultation in the past year; others include giving assurance on information outside financial statements and requiring engagement partners to sign audit reports.

So what are the implications for the contemporaneous consultations? Was the EC already set on mandatory rotation before it canvassed opinion? Does the PCAOB agree? Or has the US watchdog been swayed by the strength of Barnier's conviction?

Chairman James R Doty told Accountancy Age past experiments in mandatory rotation may have foundered because the time period was too short, suggesting ten years might be more successful. "We have lots to see and hear on the issue," he said.

As yet, there is no way of knowing where the two consultations will land, but we don't have long to wait. November should bring answers from Barnier, and the PCAOB won't be far behind.