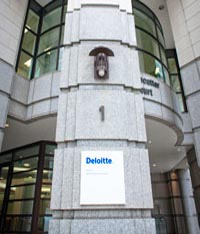 Deloitte is being sued for $7.6bn (£4.9bn) for failing to detect fraud during its audits of one of the biggest private mortgage firms to collapse during the US housing crash.

A trust overseeing the bankruptcy of Taylor, Bean & Whitaker Mortgage Corp (TBW) is claiming $6bn (£3.8bn) in losses, while Ocala Funding, one of the company's subsidiaries, is claiming $1.6bn (£1bn). Both have filed complaints in a court in Florida.

TBW was shut down in 2009 and this year former chairman Lee Farkas was sentenced to 30 years in prison for masterminding a $2.9bn ($1.8bn) fraud scheme described by US officials as one of the biggest bank frauds ever.

The scheme involved covering up large losses at TBW by moving funds between accounts at Colonial Bank and also by selling mortgage loans that either did not exist, were worthless or had already been sold.

According to one of the complaints, Deloitte ‘certified TBW as a solvent, viable company with accurate financial statements every year from 2001 to 2008,’ while ‘those statements - and the rosy picture they depicted of TBW - were completely false.’

The complaint by Ocala Funding states that Deloitte ‘missed this fraud because it simply accepted management's conflicting, incomplete and often last-minute explanations of highly questionable transactions, even though those explanations made no sense and were flatly contradicted by the documents in Deloitte's possession.’

Deloitte spokesman Jonathan Gandal said the firm rejected the court claims, and that they were ‘utterly without merit.’