Lessons Still not Learned from Enron 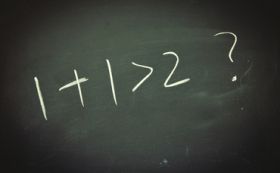 LIKE ME, you've probably noticed how hard governments and regulators around the world are working to assure us that their reforms to the banking system will protect us against the type of wide scale corporate failure that pushed us into this long recession. It is also possible that, like me, you doubt that they will succeed.

That is not to say that the reforms they are currently proposing won't change the sector for good, they certainly will. Those outlined in the Vickers Report released in September will cause massive upheaval in the City, and the backlash the report received from the banking industry delighted the public, many of whom assumed that if the bankers didn't like it, then it must be heading in the right direction.

Perhaps our doubts regarding the ability of legislators to control and curb the excesses of the financial world are there because we have seen them try before and seen them fail, and it is only ten years since the last attempt was made.

October 2012 marks the 10th anniversary of when the Enron scandal became public knowledge, and the demise that resulted from that scandal not only gave America what was then its largest corporate failure, but also threatened to rock the world's securities markets beyond the point of recovery.

To restate the case briefly, Enron used methods of financial accounting that allowed it to keep enormous liabilities off its books. When it was discovered that these methods were also being used by many other American multinationals, it seemed that one of the essential controls underpinning the financial world had been removed. If the markets were no longer able to trust a company's financial reports, with big questions over auditor independence, then who could they trust?

To restore confidence and prevent a run on the markets, American Senators Paul Sarbanes and Michael Oxley presented their eponymous Act to Congress later that year, and it was hoped by many at the time that it would usher in a new era of financial transparency.

What they presented was a major piece of legislation that reached into many aspects of corporate life, and any company wishing to list in the US was required to comply with it. Their act not only addressed the issue of misleading accounting practices, it also imposed practices concerning risk management generally, and made senior management criminally liable for failures within their company.

In short, it would provide an early warning system and help prevent the exact type of contagion that recently happened within the banking system.

So why are we here again? And why should we assume that these regulations will succeed when, in the very same month that the Vickers Report was released, a UBS trader was discovered holding trading losses estimated at £1.3bn?

The banking reforms will make some important changes and the estimated £7bn cost of implementing them will, as happened with Sarbanes Oxley, ensure that lawyers and accountants enjoy a few good years. The fact is, that senior management continue to ignore the warnings of their risk management and internal audit teams.

One of the questions that continues to be raised in the media is why none of these extremely bright and well paid bankers saw this coming. The fact is, a number of them did, it's just that no one wanted to listen, and corporate mega failures will continue to occur while management continue to ignore such advice