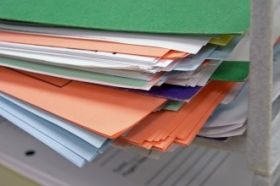 The Public Company Accounting Oversight Board (PCAOB) voted to issue for public comment proposed amendments to its standards that would bring greater transparency to public company audits.

"This proposal would increase transparency of public company audits by providing investors with information about certain key participants in the audit," said James R. Doty, PCAOB Chairman. "This would bring disclosures about U.S. audit engagement partners more in line with those provided for many engagement partners abroad."

The proposal also would amend PCAOB Form 2, Annual Report Form, to require firms to disclose the engagement partner's name for each audit report listed on the form. The form provides basic information about the firm and the firm's issuer-related practice over the most recent twelve-month period.

"We have carefully studied the issue of enhancing the transparency of public company audits and discussed it with the Board's Standing Advisory Group and Investor Advisory Group. Now we look forward to receiving public comment on this proposal," said Martin F. Baumann, PCAOB Chief Auditor and Director of Professional Standards.

Comments on the proposed amendments are due January 9, 2012. Comments can be submitted by e-mail to comments@pcaob.org or postal mail:

Attention: Office of the Secretary