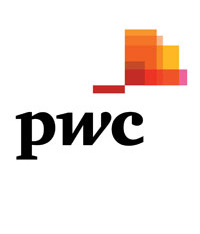 PwC has recovered a further £2bn of cash and assets on behalf of creditors of Lehman Brothers International Europe (LBIE) in the last six months according to the firm’s third annual progress report on the bank’s administration.

This represents the single largest settlement so far. Tony Lomas, joint administrator and partner at PwC says the firm remains ‘hopeful’ of making a first, interim distribution to creditors at some stage during 2012.

PwC’s report also says there has been significant progress in its discussions with a number of other Lehman affiliates that have made claims against the London-based business.

PwC said there are ‘very substantial’ claims against a number of other Lehman affiliates which the firm is pursuing in an effort to avoid litigation.

Lomas said: ‘In the coming months, a number of important legal appeals will be heard in the UK Courts, including the Supreme Court proceedings relating to Client Money. The outcome of these cases will materially influence the value and timing of the eventual recovery for ordinary unsecured creditors.’

In the past six months, £1.8bn has been realised from the sale of business's assets, taking the total cash raised since the administration began to £12.6bn.

PwC’s fees for its work on the LBIE administration now top £400m, according to theDaily Telegraph. As well as around 250 PwC employees, 495 former staff from the bank and contractors are helping with the winding-up work. In the six months to the end of June, the payroll costs were £33m.

An application will be made to the UK High Court next month to extend the administration period for a further five years, and it is anticipated that it could be 10 years before the work is completed. The introduction of a new IT system later this year will substantially reduce the numbers of staff required.