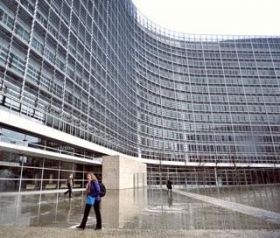 The European Commission will be releasing a directive on audit regulation in the coming weeks which the ABI says needs reworking and should not change UK standards unnecessarily.

"There is a risk that unless the proposals are significantly modified, we will not end up in the right place," said Michael McKersie, assistant director of capital markets at ABI.

"Clearly there are some things that are more of a problem than others [including] joint audit, non-audit services and the question about mandatory rotation," he said, addressing a conference hosted by the Institute of Chartered Accountants in England and Wales on Tuesday.

Research done on audit committee chairs of 22 FTSE 100 companies showed their agreement with the ABI's concerns. Most companies vehemently rejected the EC's proposal to force them to change audit firms periodically. They were also against proposals to prohibit audit firms fr om performing non-audit services, as well as joint audits which are seen to drive up costs and lead to inefficiency.The research also showed that most audit committee chairs feared the proposals could have adverse effects on audit quality.

McKersie said: "Improving auditory regulation could well be important in other parts of the EU …and a European agenda should be to level up to best standards and not to change wh change is not required."