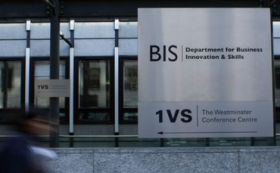 JOINT AUDITS and pure audit firms are unpopular in Westminster, according to a spokesman from the Department of Business.

Addressing the Audit Quality Forum hosted this morning by the ICAEW, BIS questioned whether mandating joint audit is the best redress for market structure issues, saying: "If it delivers improved quality without increasing expense, why don't more audit committees opt to use it?"

Audit-only firms were also deemed "inappropriate", although BIS agreed: "Much tax, consultancy and systems work is probably best not done by the auditor."

The traditional focus on independence and scepticism was also in evidence, although BIS widened the debate by questioning whether users exercised "sufficient judgement". "Ideally, audited accounts will contain information that leads different readers to do different things - not everyone following the herd."

Knottier issues such as the purpose and bredth of the audit report, how to encourage effective competition outside the Big Four and closing the expectation gap were not touched upon. Presumably, BIS is letting expert stakeholders sort those out.