Consultation on Changes to Auditor Ethics 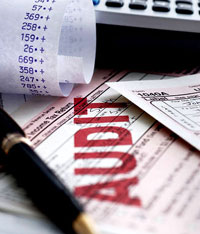 The Financial Reporting Council (FRC) is consulting on two proposals to amend the Ethical Standards for Auditors.

The Auditing Practices Board (APB) has published details of the amendments, one of which involves extending, until 31 December 2014, the transitional arrangement for tax services provided on a contingency fee basis, where contracts were entered into prior to 31 December 2010.

This amendment is designed to address situations where the majority of the work has been undertaken but the outcome is dependent on a decision that may not be made for some years. The proposal will avoid breaching the principle that changes should not be retrospective but bring such arrangements to an end at a future date.

The second amendment relates to amending Appendix 1 in ES 1 to provide a simplified illustrative template for communicating information on audit and non-audit services in order to reflect amended regulations on auditor remuneration disclosures.

The consultation period ends on 7 December 2011 and details of the proposals are available on the APB’s website.