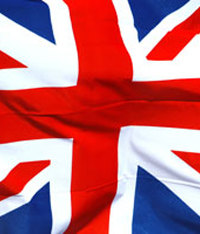 The UK accounts for the second highest number of foreign reports made under new US rules covering whistleblowers, according to a report by the US Securities and Exchange Commission (SEC).

The SEC’s whistleblower programme was introduced under the Dodd-Frank Act, and came into existence mid way through last year. The first annual report on the initiative reveals that the commission received 334 whistleblower tips in just seven weeks, between 12 August 2011 and 30 September 2011.

Submissions came from individuals in 37 states, as well as several foreign countries. China tops the list of the 32 overseas notifications with 10 submissions, followed by the UK with nine.

Australia reported three tips, while Spain and the Netherlands accounted for two reports each. Canada, Italy, Norway, Serbia, Turkey and Uruguay all submitted one whistleblowing notification.

Under the new legislation, the SEC can make financial rewards to eligible individuals who voluntarily provide original information that leads to successful enforcement actions which result in fines of over $1m (£635,000). Awards are calculated at 10% to 30% of the monetary sanctions collected, and the SEC’s fund for payments currently stands at around $452m (£287m).

So far the SEC has not made any whistleblower awards on the basis of the tips it has received because the programme started close to the end of its fiscal year 2011 and the 90-day investigation period for applications had not ended.