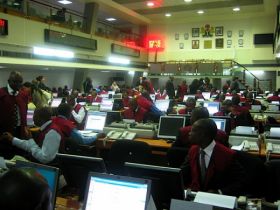 Mr Jim Obazee is a chief executive of Financial Reporting Council in Nigeria. According to WorldStage, he would address the members of Capital Market Correspondents of Nigeria in an inagural ceremony on the implementation of International Financial Reporting Standards. The date is set on 14th of this month. The chief guest would welcome the new executive staff of the association and best wishes will be shard on the occasion.

According to a report, the following new officers will work for the association for next three years.

CAMCAN has specially invited the chief executive officer of Securities and Exchange Commission of Nigeria, chief executive of Nigerian Stock Exchange, members of trade groups, managing directors of public and private limited companies and other officials at the ceremony.

Mr Jim Obazee started working for Federal Civil Services in 1993. He was appointed as a senior manager. He was also working as a Head of Nigerian Accounting Standards Board’s technical services department. He left this organization and joined Financial Reporting Council of Nigeria in November 2010. He got Bachelor degree in Accounting from Benin. Later on he got admission in University of Lagos and was awarded a master degree in Accounting. He is also a fellow member of Institute of Chartered Accountants of Nigeria.