Panel Discussion about Future of IFRS 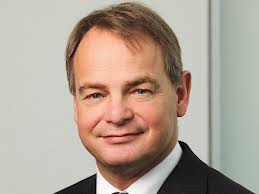 It is reported that IASB has shared one video showing the panel discussion about financial reporting in Africa. This discussion was a part of stakeholder occasion arranged by the trustees of IFRS foundation. The other joint trustee of this event is South African institute. The chairman of the IASB said and admitted that Africa might not have been good on IASB. Now he decided to keep focus on current situation and change the situation fast. The economy is most important thing for any country or state because it determines the value of country.

He reported that IASB has given great importance and deal to needs of emerging economies. He also discussed the impairment of FASB and IASB. This will boost up the condition in African markets. It will emerge as greater innovation and higher taking risk. There is need to do some more actions to bring good results. Now there is chance to become the condition good and favorable.

He also believed that voting in contrast to the wishes of economies might be endangered. He arranged at calls and it is available for application. The emerging economies think that it is easy to grasp the IFRS and SME financial system. The financial condition is getting bad in the west and most of companies are affected. Therefore in order to prevent from this situation, it is important to take some strict steps.

He also described some general topics like disclosure and materiality. The IASB show that their standard on the bid is not acceptable. Discussing again impairment, h added that action to the IASB companies is encouraging. The IASB expects to meet the current financial challenges in a better way. It would also take another two years, it requires standard to be effective. The speech and group discussion of Chairmen shows his interest in the current financial stress and problems. The current implementations and amendments will bring positive results and feedbacks for customers. There is need to change the economical condition to survive in the world. Most of the states and companies are suffering from such problems and conditions.