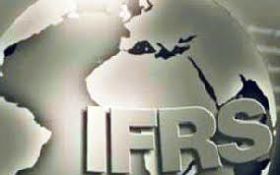 The financial stability board (FSB) has released many reports about the progress in connection with the fundamental reform of the global financial system initiated by G20 in 2008. This report was released in preparation for the upcoming G20 leaders’ Summit. G20 is one of the developments that are facing problems in fulfilling its objectives.

FSB highlights the major outstanding issues which demand the attention of leaders. FSB takes stock of progress over the past five years. Three main points are highlighted which are as follows:

· The global financial crisis was caused by some faults so FSB members made some major progress in improving the fault lines.

· The G20 stay the course as the work has not been completed yet.

· The openness of global system will soon be dictated by G20 and also the sustainability of the global system.

Some of the projects have been completed as admitted by the report but some of the developments are not yet completed, the FSB chairman cites global convergence of accounting standards. Many of the projects point at loan loss impairment and insurance contacts. Some areas there are convergence threatening to standstill.

The FSB’s recommendations have been followed by IASB and FASB for the development of an impairment model that recognizes credit losses and incorporates a broader range of information. FSB is continuing its assignation with two-standard setters to achieve a consensus on a high quality standard in the important areas and to seek ways for the achievement of these high quality standards. IASB and FASB are working together but they have made different decisions regarding different basic matters. Now this leads to two separate exposure drafts. The FSB notes that finding solutions for insurance contract projects are difficult to overcome but FSB desires further convergence.

IASB and FASB have been called by G20 to complete their projects later by the end of 2013. The boards are responsible for the reporting of the progress to FSB in November 2013.

Enhanced Disclosure task force was founded in 2012 and FSB also reports on its work in the connection with the reform of global financial system.