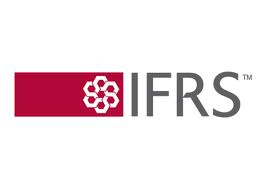 The International Financial Reporting Standards (IFRS) Foundation has issued "A Guide through IFRS 2013". The IFRS Foundations has announced that the Guide is now available for purchase by the accountants, auditors, analysts, students, and other users. The Guide is also usually with the nickname of the "Green Book".

The new requirements since July 01, 2012 include the following:

· Amendments to IFRS 12 Disclosure of Interests in Other Entities

· Amendments to IAS 36 Impairment of Assets

The above amendments arose from

· Recoverable Amount Disclosure for Non-Financial Assets: It was issued on May 29, 2013 and resulted in amendments to IAS 36

· Novation of Derivatives and Continuation of Hedge Accounting: It was issued on June 27, 2013 and resulted in amendments to IAS 39

The Guide can be bought for 90 UK Pound Sterling plus any shipping costs for a set of two books. Discounts are available for students, academics and developing countries. Bulk purchase discounts are also available.