The Obamacare Penalties for Non Coverage as proposed by IRS 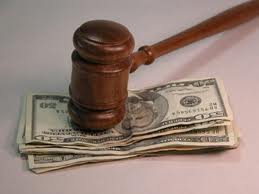 Recently, the International Revenue Service (IRS) made a draft of the rules and regulations for the Affordable Care Act which provide some light on what the associated penalties in form of money will be for those persons who will not take the cover on health care.

In the new expected guidelines that will be under review in May at a public hearing, the officials of IRS gave some guidelines on what is expected to be the ‘’expected minimum essential coverage as per ACA. There were also breakdowns of the fines that the officials gave.

In case the tax payers fail to enroll themselves in these programs that entail the health benefits coverage and particular programs that are sponsored by the government, chances are high that they will be penalized. Additionally, in case the individuals qualify for rolls in programs but instead choose not to take them up, the officials of IRS have given a stern warning that the amount of penalty will be inevitable.

The percentages consist of 1% for the taxable years that start from 2014, then 2 % in the year 2015 and 2.5 percent for all the years after the year 2015. Nevertheless, the benefit coverage that is limited will be assumed tolerable. This entails the sponsored programs by the government that includes programs that are Medicaid related; these are for the medically required and also about two health programs that are for the health programs.

Those exempted from the rule are those individuals who are incapable of affording the essential coverage that is deemed minimum or even when the minimum costs are in excess of 8 % of the household individual income for the year 2014. For those individuals considered to be unable to get coverage, they will also qualify for ‘hardship exemptions.’