FASB Advocates for Alterations made in Accounting for Limited Insurance 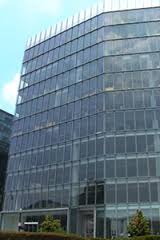 In a meeting held by the board overseeing Financial Accounting Standards it was proposed that efforts on convergence of FASB in the standards for insurance accounting need to be scaled back. This meeting project on contracts regarding insurance had been deemed as among the four priority projects which IASB and FASB have been diligently working on as they look out for harmony in GAAP of the US and the International Financial Reporting Standards.

Nevertheless, for FASB, the project was not given priority unlike the other three namely leasing, financial instruments and revenue recognition since the U.S has got thorough accounting standards for insurance while the IFRS are not too many.

In the meantime, IASB and FASB have been struggling to finish the other three projects in their twelve years of their meeting efforts even if a united standard based on the recognition of revenue is anticipated in the first six months of this year. Similarly, the two boards are working in harmony in a more joint fashion to setting standards of accounting with representatives coming from other regions and countries as part and parcel of the Advisory Forum of accounting standards.

In a meeting of the board held on 19th February, the FASB opted to have the scope of its project limited towards insurance contracts offered by the insurers. For the contracts that are short lived, the board opted to have the targeted projects limited for disclosure enhancements. For the long term contracts, the board reached a consensus that the decisions arrived at by IASB in the exposure draft of 2013 need to be looked into when thinking of improvements to be done on the prevailing US GAAP.

Together with investors, most of the modifications were opposed by the insurance industry. The FASB’s decision news was welcomed by the National Association of Mutual Insurance Companies which is deemed as one of the biggest casualty and property trade association of insurance in the country. Charles Chamness who is the CEO and NAMIC president said that the correct decision had been arrived at so that the best insurance accounting method could be arrived at.