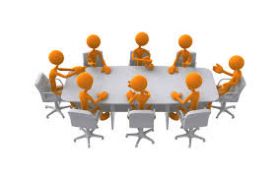 International Accounting Standards Board (IASB) has issued the summary of the issues discussed at the meeting of Accounting Standards Advisory Forum (ASAF) conducted in London on September 25-26, 2014. The main topics that were covered during the meeting were the conceptual framework, insurance arrangements, lease contracts and the discounting factors, financial instruments, post implementation review of IFRS 3 ‘Business Combinations’ and the disclosures.

IASB gathered feedback regarding the accounting for insurance contracts with participation characteristics and transition choice. Many members opted for retrospective application.

Members received update on leases work performed by IASB and considered the feedback given by the European Financial Reporting Advisory Group (EFRAG). Some of the members presented different views regarding definition of lease. Also the importance of convergence merger of IASB and FASB (Financial Accounting Standards Board) was also taken into consideration.

The members made certain proposals relating to this project and supported the IASB’s approach regarding this issue. It also stressed on the importance of the collaboration of this issue with IASB’s other projects i.e. insurance contracts and conceptual framework.

The meeting members discussed whether IASB should review IAS-32 ‘Financial Instruments’ fundamentally or should it just be maintained with developments regarding presentation and disclosure requirements. Many attendees felt that the fundamental review of IAS 32 is necessary but also noted that it is not necessary for IASB to start from scratch.

Various issues regarding the accounting of goodwill after initial recognition were discussed. The definition of business was also considered.

The objectives of the disclosures in financial statements, how they are presented and effects of materiality were discussed at the meeting.