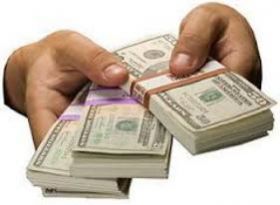 The Committee interpretations recently received a request to make clarifications if cash payments that are made by the government in assisting an organization in its research and development project needs to be accounted for as a liability. This includes a forgivable loan as defined by IAS 20 or even as revenue e.g government grant when received as defined by IAS 20. In the presented scenario, cash payments became repayable to the government in case the entity decided in exploiting and commercializing the research’s results of the project of R&D. According to the submitter, there were current divulgence practices.

After performing outreach and analysis on the issue, the staff established that there was adequate guidance in IAS 20 and other standards that can assist an entity in establishing the most suitable cash payments treatment and that in practice, diversity was limited. The staff noted that the most suitable accounting was dependent on the particular conditions and terms of the received cash payment and in the paper, included that an organization needs considering the suitable accounting for payments made in cash. The factors were also set out tentatively in the agenda decision and related to if the assistance gave governmental ownership in the organization and in case it wasn’t, the loan was in favorable terms.

It was commented that under IFRS 9, the loan should be accounted for till a reasonable assurance of that the R&D project will be unsuccessful and the organization will abandon the project and meet the forgiveness terms for a portion or the entire loan. Having reasonable assurance would just be a judgment matter. One of the committee members suggested that this be included in the agenda decision to make it clear that it was not a particular arrangement point. The representative of ESMA who was present was in support of this edit and added that this was a major element in the analysis and it was worth to be mentioned in the agenda decision. It was also noted that under IFRS 9, in accounting for a loan, one would require meeting the de-recognition criteria.