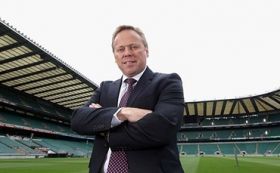 RUGBY FOOTBALL UNION'S CFO Stephen Brown will take on the role of acting chief executive following a board reshuffle.

Brown will continue his duties as chief financial officer adding the acting CEO role to his list of responsibilities on 16 December until a permanent appointment is made.
However, the RFU hopes to make a CEO appointment as soon as 14 December, two days before Brown is due to take on his additional duties.

Prior to Abbot he spent three years at British Energy in a number of roles, such as group head of finance. ICAEW-qualified Brown trained in the NHS wh he was audit manager of a group of a eight NHS Trusts as well as other roles.

He succeeds chairman and acting CEO Martyn Thomas, who has decided to leave following the end of his contract on 16 December.

RFU chairman Paul Murphy, said: "The recruitment of a new chief executive is well underway with an appointment expected by 14 December.

"On behalf of the RFU, I would like to thank Martyn for his contribution and dedication to rugby and the Union over the years, particularly in his last six as chairman and, latterly, as acting chief executive. He has been an integral part of the growth of the Union and the game, as well as securing the 2015 Rugby World Cup for England as hosts.

"The board has been hugely impressed with Stephen Brown since he joined. He is a great asset and we are fortunate to have someone of his calibre to lead the Union in this period."