NAO: Ministry of Justice Could Do Better 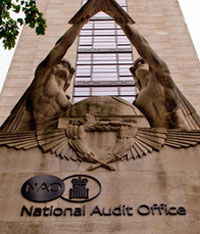 The National Audit Office (NAO) has warned that the Ministry of Justice (MOJ) still needs to do more to improve its income collection, although it has made considerable improvements in its financial management over the past year.

The latest report says that financial management is now much more central to the operation of the organisation and the quality and consistency of financial planning and forecasting have improved.

However, NAO warns that some of the MOJ’s underlying systems need further improvement. It was one of only two government departments that failed to produce their financial accounts by the 2011 deadline, and accounts for the National Offender Management Service were produced late.

The Legal Services Commission, an arm’s-length body of the MOJ, had the audit opinion on its 2010-11 accounts qualified owing to the potential level of error, put at an estimated £50m.

The report says there has also been little change in how the MOJ monitors and collects assets due under confiscation orders, with the amount of outstanding debt having increased by almost £400m in 2010-11.

Amyas Morse, head of the NAO, said: ‘The Ministry of Justice has made considerable and welcome improvements to its financial management since I last reported. However, the Ministry should not underestimate how much there is still to do. Collection of fines and assets due has not improved; the Legal Services Commission needs to reduce the error rate in its payment of legal aid; and good financial management must become business as usual.’