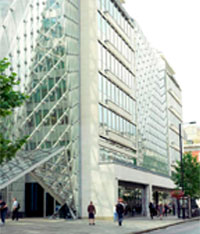 BDO has reported a 4% increase in revenues across its international network, lead by a strong performance in the Middle East region.

BDO’s Middle East region saw fee income jump by 31%, led by the network’s newest recruit in the Lebanon. Revenues were up by 21% in the Asia Pacific region, which BDO said was the result of an effective merger in Japan combined with continued growth in Australia and in China.

There was a 16% rise in revenues in Sub-Saharan Africa, while BDO attributed what the firm called ‘a small decline’ in earnings in the Latin American network to the loss of its Brazilian firm to KPMG, although new firms in Costa Rica and Mexico performed ‘exceptionally well’.

Across the network, audit and accounting services made up 61% of fee income with tax accounting for 19% and advisory services 20%

Martin van Roekel, who took on the international CEO role in October, said: ‘These positive results across the board are testament to our commitment to operate as a seamless, integrated network, in which our firms are experts in the country in which they operate, while our shared global methodologies and rigorous quality assurance ensure that our clients experience the same service excellence worldwide.’