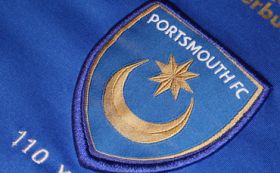 Kubik said: "We were appointed as administrators after uncertainty arose over the future of CSI. CSI has a number of sports related assets and we are very confident of finding interested buyers for these subsidiaries. Our aim is to ensure that the sale process is as smooth as it possibly can be."

"We will now be undertaking a period of due diligence at CSI and once that has been completed we will be in a better position to answer questions."

Currently a club that enters administration is deducted up to ten points by the League it is in.

However, if the administrators can prove to the Football Leagues that Portsmouth FC will be unable to write-off debts due to the administration and that the club is not linked to mismanagement or overspending, there is a possibility the deduction can be averted.

Last year Portsmouth administrators achieved a Company Voluntary Arrangement (CVA) to rescue the club following its collapse. As part of the CVA they transferred the business of football, such as players, managers and the League membership, to another company. The administrators, who became the supervisors, also agreed to repay creditors a percentage of their debt over a contracted period of time.