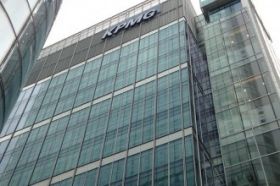 For the second year running, KPMG has been named ‘Global Firm of the Year’ at the British Accountancy Awards (formerly Accountancy Age Awards) and also picked up three other honours – ‘Audit Award of the Year’, ‘Community Award’ and ‘Training Manager of the Year’.

In awarding the ‘Global Firm of the Year’ prize, the judges said: “KPMG was distinguished by its approach to people exemplified by its recruitment of school leavers. KPMG told the strongest story about its commitment to the Big Society and had an ingenious approach to key parts of its services.”

They also acknowledged that KPMG has “come further and faster in the last 12 months than any of its competitors”.

KPMG pays all university tuition fees with students dividing their time between university and work experience with the firm. The scheme aims to broaden access to the accountancy profession. Students are currently enrolled on courses at Durham and Exeter universities.

KPMG picked up the ‘Audit Award of the Year’ for its work with a new client, with the judges recognising that the firm had provided “innovative ways of adding value” and done so quickly.

“The firm’s desire to understand the client’s strategy, the firm’s insights and its willingness to challenge the client is refreshing and ultimately commercially beneficial,” they added.

KPMG’s co-sponsorship of the new City Academy in Hackney was recognised for its success by the judges in the ‘Community Award’ category, with September intake this year hugely oversubscribed and results so far already above the national average.

“This was an outstanding contribution in partnership with a public body to help those most disadvantaged in Hackney,” said the judges.

Michael Walby, KPMG’s Director of Professional Qualification Training, picked up the individual award for ‘Training Manager of the Year’ with the judges citing his absolute commitment to excellence and his “challenging of orthodoxies”.

The work he undertook on KPMG’s School Leavers’ Programme was a key component in his award success.

“I would like to congratulate all those at KPMG who were involved in the firm’s successes at this year’s British Accountancy Awards. Our school leaver scheme has been widely recognised as being truly innovative at a time when the country is facing many challenges around youth employment and skills,” John Griffith-Jones, chairman of KPMG in the UK, said.

“Over a number of years, KPMG has demonstrated that it can make a real difference in the community, and so it is especially pleasing to receive an award which recognises our achievements with the City Academy in Hackney,” Griffith-Jones added.