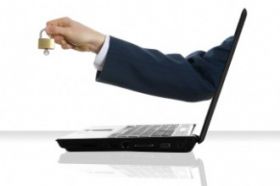 The Office of Fair Trading (OFT) has taken action against the online subscription operator for signing up tens of thousands of UK consumers, without their consent, to Adaptive Affinity Limited’s schemes each month.

Consumers were allegedly made to believe the credit score service was free, not knowing “they had entered into a binding contract with Adaptive Affinity Lim ited and would incur a monthly charge if they did not cancel their subscription during the trial period.”

According to the OFT, these consumers thought they had supplied their credit card details for identification purposes to facilitate a credit check, unaware that these details would be used to take monthly payments which ranged from £9.95 to £29.95 per scheme.

They only discovered that they were being charged for the schemes when they saw the charges on their bank statements, sometimes after thinking that they had only entered details to claim a supermarket voucher or cashback discount.

The OFT has accepted comprehensive undertakings to address the full range of concerns identified.

Undertakings under the Enterprise Act 2002 were given by Adaptive Affinity Lim ited and its director, which relate to alleged breaches of the Consumer Protection from Unfair Trading Regulations 2008 and the Unfair Terms in Consumer Contracts Regulations 1999.

Under the Enterprise Act 2002, the OFT can apply to the courts for an injunction, which, if disobeyed, could result in proceedings for contempt of court if these undertakings are breached.

Cavendish Elithorn, Senior Director of the OFT’s Goods and Consumer Group, said: “The OFT will take action to stop misleading business practices that develop online which leave shoppers out of pocket.

“Those that flout the rules risk enforcement action. We will continue to scrutinise the market to make sure that people have the confidence to use and receive the full benefit from the wide range of online services.”