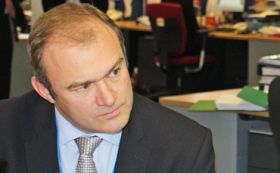 INSOLVENCY MINISTER Ed Davey has called for a single regulator of the profession in a speech to parliament.

The suggestion was made following a recent consultation on reforms to the regulation of insolvency practitioners, based on an Office of Fair Trading investigation into the industry.

Under planned changes there could be a single regulator of all practitioners.

"The present regulatory regime is a complex one involving a number of different regulators," he said.

"...Responses to the consultation and subsequent discussions I have held with stakeholders have indicated strong support for an independent single regulator for insolvency practitioners as an effective and efficient way of achieving these aims.

"The insolvency profession looks forward to working with the minster to consider an independent single regulator while strengthening and simplifying processes for handling complaints," said R3 president Frances Coulson.

"We share the Minister's aim to ensure the regulatory regime is transparent, consistent, accessible, independent and accountable."

However, Coulson added overall the UK insolvency regime did not need radical reform.

Davey also announced he would remove the Insolvency Service's role as both licenser and regulator of practitioners as soon as possible.