No Goodwill in Self Assessment Penalty Regime 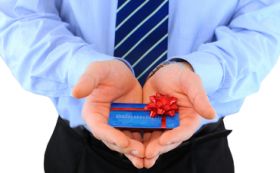 IT'S SELF ASSESSMENT time and with so much going on in our lives, many of us at some point have fallen behind, submitted late and incurred a £100 penalty charge. There are also those people who don't realise they need to make a return, and without realising it, incur a fine. Ouch.

For our clients, £100 is a lot of money, especially in the current economic climate. But things are just about to get a whole lot worse. HMRC have changed the penalty system for this year. They used to ignore the £100 penalty if the client didn't owe them any tax, but not anymore.

So, it's more important than ever that our clients get their self assessment in on time. Straight after the Christmas break, we need to encourage them to make it their New Year resolution to fill out all the information online and get it off before the 31 January deadline.

It's understandable that HMRC needs to claw back as much revenue as possible in the current economic climate - as the advert goes "every little helps". But the move feels a bit disproportionate especially with the controversy surrounding Vodafone's £1.25bn tax bill and an agreement with Goldman Sachs that let the bank off up to £8m of interest payments.

Whether the allegations are true or not, it yet again feels like the "little people" are more easily targeted than big business. We have noticed it's getting harder and harder to submit claims from genuine people who are legitimately owed money.

There has been a commitment from successive governments that the red tape burden will be lifted. We have only seen it increase in that time. Our clients are genuinely frightened of ringing up an official and can't deal with all the form filling. Some just bury their heads in the sand when fines arrive on their doorstep.

We are very supportive of the work of HMRC, but surely somewhere, somehow, someone can make the claims burden proportionate depending on its size, along with the fine structure.